The Association (ARTS) has as its Mission the welfare of all its members and together they promote racing in Singapore. ARTS represents and negotiates on behalf of its members on all levels from the Malayan Racing Association, the Singapore Turf Club and any other relevant body to ensure that the rights and interests of the members are protected.

ARTS views its social responsibilities as a priority and donations are made to a number of charitable Organisations throughout each financial year.

The Association of Racehorse Trainers (Singapore) was established in 2000 with Bernard Ang being appointed as its first President. His successors were Len Treloar followed by the late Douglas Dragon. Michael Clements has been in office since 2012. 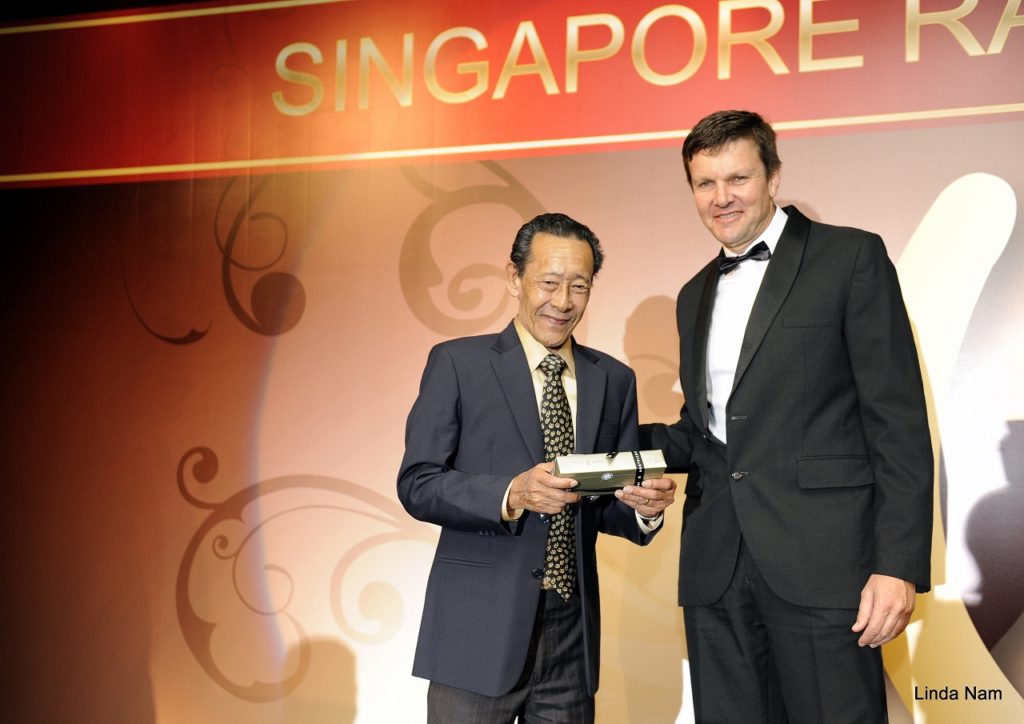 The late Douglas Dragon being presented with a token of thanks from current President Michael Clements.