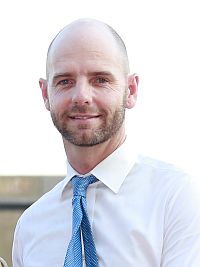 Australian Tim Fitzsimmons (Timothy Luke) , 37, joins the Kranji training ranks with the benefit of having a wealth of experience that spreads across both his native Victoria and Singapore.

Starting in the industry when he was 18, Fitzsimmons has built up an impressive CV gaining experience with several leading yards in Victoria, namely those of Bart Cummings, Lloyd Williams, Greg Eurell and Jim Conlan.

The Singapore adventure came when trainer Cliff Brown asked him to join him at his relocation from Australia to Kranji in 2007. He had just returned from Perth as the travelling foreman to Perth Cup runner-up Bay Story for UK trainer Brian Ellison when Brown approached him for the job in Singapore.

Then 25-year-old, Fitzsimmons accepted right away and has been an integral part of Team Brown Singapore since then, quickly climbing through the ranks to become Brown’s assistant-trainer in March 2014.

The pair have enjoyed many successes together along with racing manager Chris Bock, none bigger than Debt Collector’s numerous heroics and Gilt Complex’s win in the Group 1 Dester Singapore Gold Cup in 2017, among others.
Biography and photograph courtesy of Singapore Turf Club