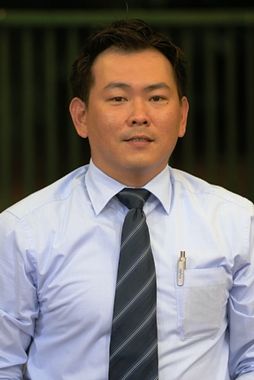 Tan Kah Soon only joined the Kranji circuit in October 2014 but brings along an impressive resume.  Son of former Penang trainer Dr Tan Swee Hock, Tan was among the first draft of trainees to join the prestigious Flying Start program launched by Darley in 2003, now known as Godolphin Flying Start.  After spending two years traveling the world gaining an industrial attachment with some of the best trainers in the world, Tan graduated in 2004 and was immediately employed, first as a head lad and then assistant trainer to Godolphin’s trainer Saeed bin Suroor where he worked for seven years.  Tan ended his overseas training in 2012 and returned to to his father’s yard in Penang in 2003 as stable supervisor but was promoted just five months later to assistant trainer.  In 2014, Tan moved to Singapore to join former trainer Sam Chua and in early 2015, he joined the stable of David Hill as assistant trainer. Tan Kah Soon took little time in securing his first group win, when CLARTON SUPER reigned supreme in the 2017 G2 E W Barker Trophy. CLARTON SUPER again rose to the fore early in 2018 when winning the G3 Fortune Bowl. It was an early success in 2020 for Tan Kah Soon when NOWYOUSEE won the G3 New Year Cup.