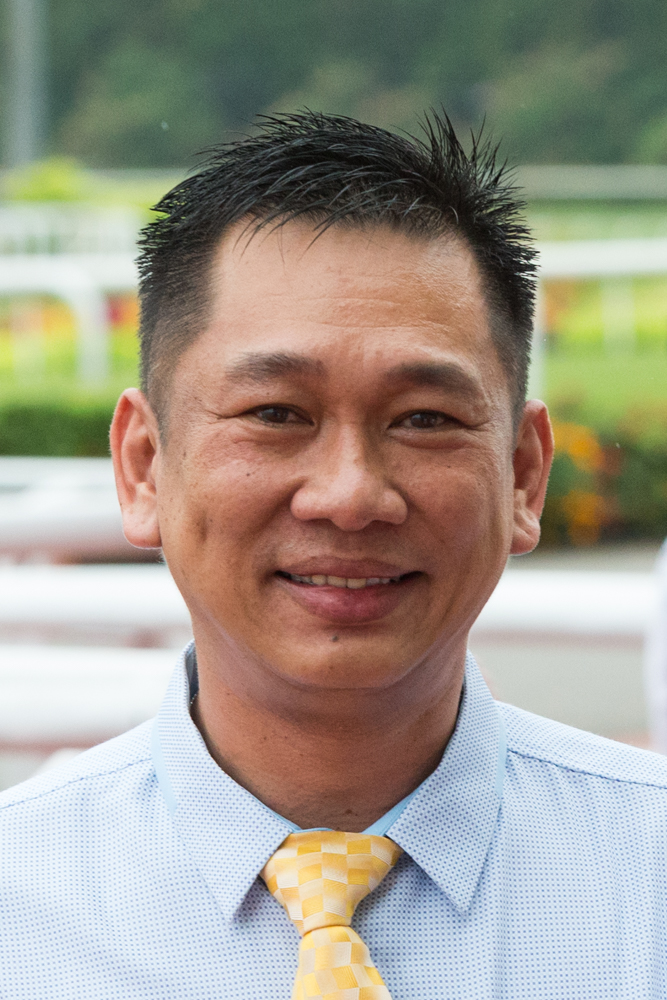 Alwin Tan spent five years (from 2002 to 2006) in Kentucky where the former Air Force regular started from scratch as a “hotwalker” before learning the fine art of horse-training with John Ward, Murray Johnson and Don Bernard. Following a job offer from Kranji trainer Hideyuki Takaoka, Tan returned to Singapore in 2006 with an assistant-trainer’s licence. He then joined trainer Sam Chua for another two years before finally branching out on his own in December 2009. Tan enjoyed his best season at his sixth year in 2014 when he saddled 78 winners to finish second only two winners shy of Laurie Laxon on the Singapore trainer’s premiership. Tan captured his first “black type” win in March 2013 when SPEEDY CAT won the Group 3 Merlion Trophy on the Polytrack. He actually went on to make it three-in-a-row in that race with EL PADRINO winning the next two renewals .EL PADRINO gave Tan another milestone when he scored a historic win in the inaugural Asia Challenge Cup in Seoul in August 2014. But Tan’s best horse to-date is WAR AFFAIR who completed a clean sweep of the Singapore Three-Year-Old Challenge and two Legs of the Singapore Triple Crown series, the Panasonic Kranji Mile and Raffles Cup, only missing out on the third Leg, the Longines Singapore Gold Cup in 2014. The next year, WAR AFFAIR carried on in the same rich vein with a first-up win in the Lion City Cup before bagging the first two Legs of the Singapore Four-Year-Old Challenge, the Stewards’ Cup and the Patron’s Bowl. Alwin Tan was crowned Champion Trainer in 2016 after finishing runner up in the previous two years.  Alwin launched his 2017 campaign with his first Group win of the year in the G2 Merlion Trophy with INFANTRY. INFANTRY followed up on this win when taking out the G3 JBBA Moonbeam Vase in April. INFANTRY provided Alwin with his first win in the G1 Emirates Singapore Derby in July of the same year and then followed up with a sterling performance to take out the G1 Panasonic Kranji Mile. NOVA STRIKE made it two wins in consecutive years for Alwin Tan in the G3 Moonbeam Vase. Alwin Tan closed off the season with an impressive win by MAXIMUS in the G3 Colonial Chief Stakes. In January 2021, Alwin Tan saddled his 500th winner since becoming a licensed trainer in Singapore.