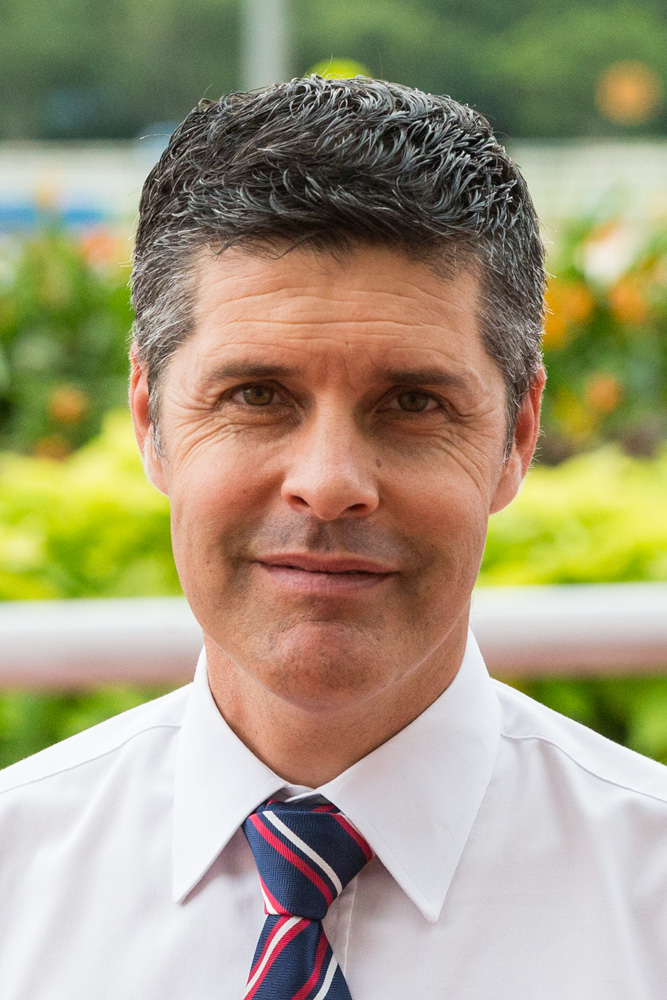 Ricardo le Grange has been a familiar figure at the Singapore Turf Club since arriving with Patrick Shaw in 2001. After first starting out as a stud farm assistant in South Africa, Le Grange, 43, gained an assistant trainer’s license from the South African Jockey Club in 1993. He first worked with South African trainer Joey Soma before joining Shaw in 1998. From their first winner Kiwi Brooke, the pair enjoyed many successes back home, a trend which continued when Shaw, along with Le Grange, moved to Singapore in 2001. From Day 1, Le Grange has been an integral part of Shaw’s multiple successes at the highest level at Kranji, including a Singapore champion trainer title in 2011 and, of course, the rise to the top of Singapore’s most famous racehorse, Rocket Man.  Le Grange landed his first Group 1 when BIG BROTHER took out the G3 Fortune Bowl in January 2017. Le Grange added the G3 Saas Fee Stakes to his resume when STORM TROOPS dead-heated with War Affair in May 2017. Le Grange’s success continued in June when he won his first G1 with QUECHUA who was impressive when winning the G1 Queen Elizabeth 11 Cup. Ricardo added another Group 1 to his tally of successes when KING LOUIS won the 2018 G3 El Dorado Classic. Le Grange ended 2019 on a high when PENNYWISE landed the G3 Colonial Chief Stakes.