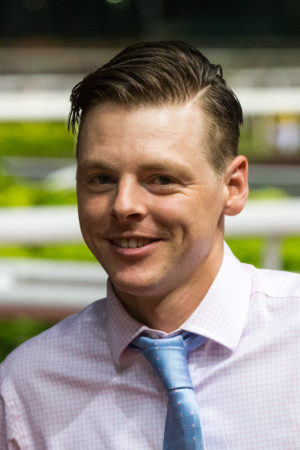 Born in London, James Peters began his career in the horse racing industry as a track rider for late Lambourn trainer John Hills. He came to Singapore in 2010 after he accepted an offer from ex-Kranji trainer Michael Freedman to work for him as a senior track rider. In no time, Peters was handed higher responsibilities especially when Freedman was away and was soon promoted to Assistant-Trainer July 2012. Peters was also the travelling foreman for horses like Mr Big and Better Be The One when they travelled overseas. Peters became caretaker trainer for Freedman’s horses in January 2016 after the Australian left for Sydney at the end of 2015 and only officially took over as a trainer in his own right in April 2016. Peters did not take long to land his first Group win when TITANIUM reigned supreme in the Group 2 Stewards’ Cup in May. A second feature was not too far off as Peters saddled SPANISH BAY, winner of the Group 3 Saas Fee Stakes in October of the same year. Peters was again on the mark when saddling MR HANKS to win the G3 Juvenile Championship.