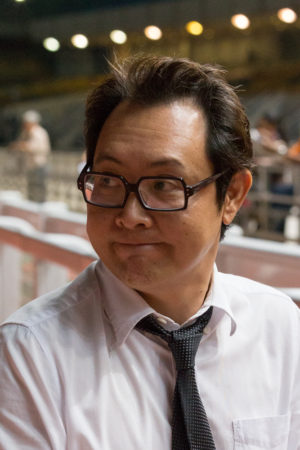 Desmond Koh started out as a stable employee under Californian trainer Ian Jory and was upgraded to an assistant trainer’s position in 1997. He then became one of several assistant trainers to Hall of Fame trainer Jack Vanberg, who had a huge strings of horses under his charge. He received his professional trainer’s licence in 2000. Desmond subsequently returned to MRA in 2002 to join local trainer Douglas Dragon as his assistant and received his MRA professional licence in mid-2004. The Singaporean has held his own ever since he branched out to set up his stables and has already notched two feature races in his young career, the 2007 Stewards’ Cup with SAFETY OUTLET and the 2008 Patrons’ Bowl with PHENOM. He then scored his biggest win in 2012 with CHASE ME in the Group 1 Emirates Singapore Derby. The same horse backed up within two weeks to claim the Group 2 Chairman’s Trophy. Desmond Koh opened up his 2017 campaign with a win in the G3 New Year Cup with GURU GURU.