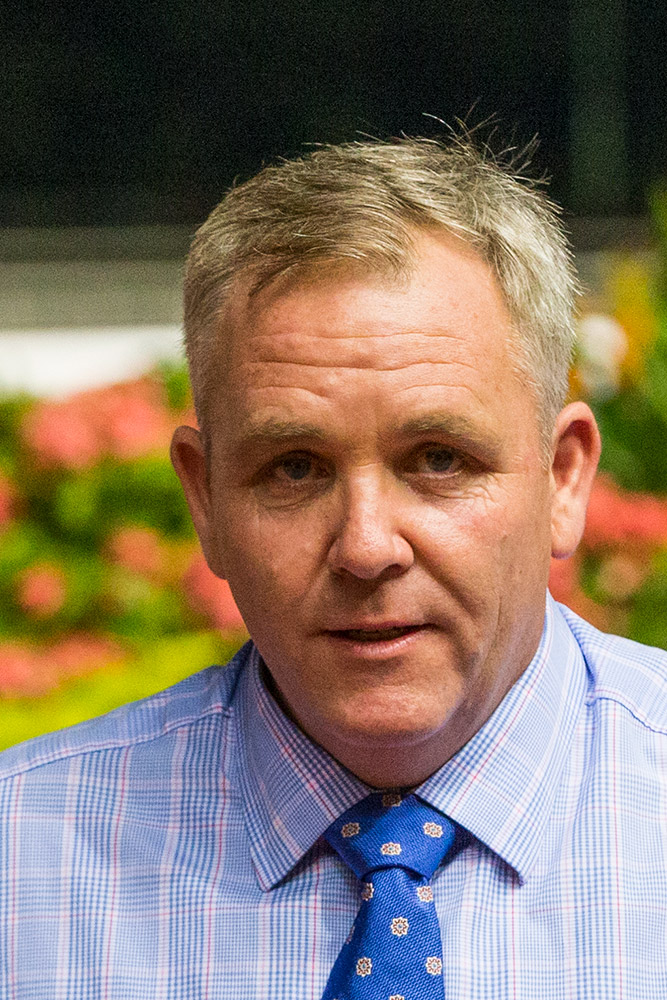 A licensed “A” Grade trainer from Melbourne and a Horse Business Management alumnus of the famous Marcus Oldham College, Brown is the youngest trainer in the history of Australian racing to have trained three Derby winners at Group 1 level. He has trained 13 Group 1 and 2 winners in Australia including the 1997 Rosehill Guineas, 2002 Adelaide Cup and the South Australia Derby in 1996, 1997 and 2000, along with numerous other black-type races. Brown has had a number of Melbourne Cup runners including MARKHAM who ran a gallant third in 1997. He has been nominated for Training Excellence in the Victorian industry awards, the Fred Hoysted Award, for the past five years. Brown started his new Singapore adventure in 2008 and counts the 2011 Group 1 Emirates Singapore Derby with CLINT as his first highlight. While better known for his affinity with stayers, Brown gained his second local Group 1 success in the domestic premier sprint race, the Lion City Cup with ZAC SPIRIT in 2014. Brown has enjoyed recent success with his third Group 1 win when DEBT COLLECTOR took out the Singapore Guineas in 2016. DEBT COLLECTOR recorded yet another Group 1 win for Cliff Brown when scoring impressively in the 2016 Panasonic Kranji Mile. In the second leg of the 2016 Singapore Triple Crown Series, G1 Raffles Cup, it was again DEBT COLLECTOR who reigned supreme.  Cliff Brown added another Group 1 success to his resume when GILT COMPLEX rose to the occasion in the 2017 Raffles Cup. It was the same GILT COMPLEX who provided Cliff with another G1 success when winning the 2017 Dester Singapore Gold Cup. ELITE EXCALIBUR gave Cliff his first Group win for the year when taking out the G3 Committee’s Prize in March 2018. It is proving to be another stellar year for Cliff as MISTER YEOH ran out an impressive winner of the G2 Singapore 3yo Classic. It was the mighty DEBT COLLECTOR who won his second G1 Raffles Cup in 2018. It was DEBT COLLECTOR to the fore again when running out a facile winner of the 2018 G1 QE11 Cup. Just a couple of weeks later, Cliff landed another piece of silverware as MISTER YEOH wins the G2 EW Barker Trophy. DEBT COLLECTOR continues to be the star of the turf and he showed sheer determination and class when taking out the G2 Chairman’s Trophy in April. ELITE EXCALIBUR gave Cliff his 500th winner in Singapore, when winning the G3 Moonbeam Vase in May. Cliff Brown won the inaugural running of the G3 Silver Bowl with the mare WHAT’S NEW with visiting apprentice, Raquel Clark in the saddle. WHAT’S NEW made it back to back victories when winning the G2 Stewards’ Cup, the 2nd leg of the Four-year-old series. The G2 Aushorse Golden Horseshoe provided another group win for Cliff Brown with the success of INFERNO. INFERNO continued on his winning ways with a comfortable victory in the 2019 G3 Saas Fee Stakes. The G2 Singapore Classic proved a walk in the park for rising star INFERNO. It was INFERNO to the fore again as he trounced his rivals in the G1 Singapore Guineas. INFERNO added another trophy to the cabinet with a facile victory in the 2020 G1 Lion City Cup. BOOMPA, in the all too familiar Barree Stable silks, took out the G3 Singapore Golden Horseshoe.